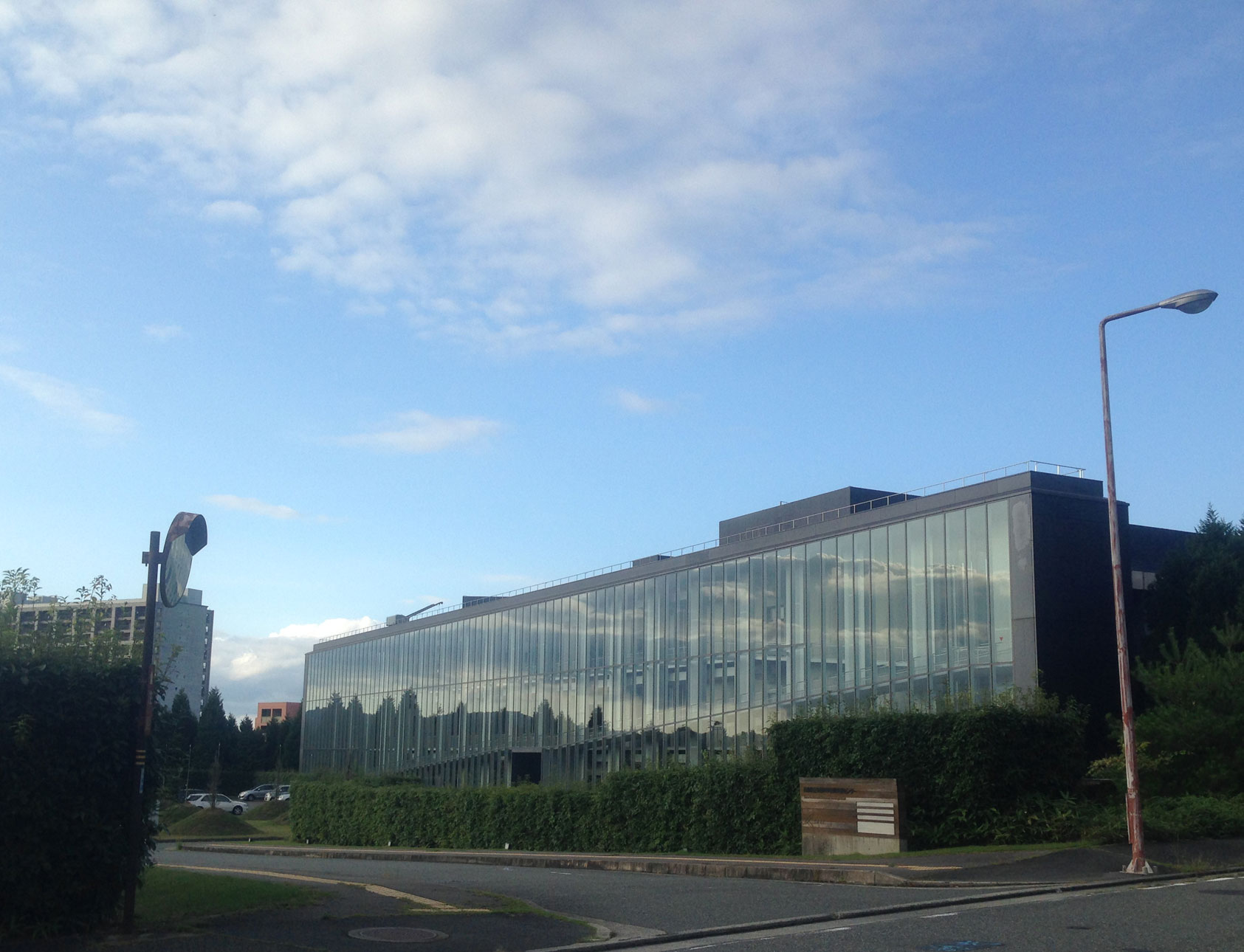 The Cryogenic Center Provides a Steady Supply of Liquid Helium and Liquid Nitrogen.

We store helium gas in pressurized tank (at about 30 bar) and liquefy it when it's supplied.

We purchase liquid nitrogen regularly (twice a month basis) and supply as needed.

For storing liquid helium, we use containers with a superinsulation system. (The details of the system is shown below.)

The temperature in our living environment is about 300 kelvin (about 27 ℃) and if it gets extremely low, decreased thermal energy of materials will cause phenomena which cannot be seen at room temperature such as superconductivity, the phenomenon of exactly zero electrical resistance and superfluidity, the phase of liquid helium with zero viscosity.
Also iron, nickel, and cobalt are known to have a characteristic property of a magnet at room temperature but other elements as well become magnetic at low temperature.
In order to figure out how these interesting phenomena occur, the coolants including liquid helium and liquid nitrogen are essential for experiments.

Boiling point : 4.2 K (-269 ℃). Lowest boiling point among other common cryogens.
Inert, inflammable and very stable.
Atomic weight is small (4.0). Weak atomic force and high frequency at zero point vibration. It does not solidify under 25 atmospheric pressure no matter how low temperature is set.
Liquid helium is generated by an alpha decay of heavy elements such as Uranium deep underground and is accumulated mixing with other natural gases out of the ground.
In Japan, liquid helium is totally imported as its mining is not available within the country.

Boiling point : 77 K. Used as a coolant in cryogenic experiments and also as an auxiliary coolant to prevent an influx of heat.
Boiling point and freezing point (63 K) are so close that liquid nitrogen becomes whitish solid by lowering the temperature under a reduced pressure.
Liquid nitrogen is generated in abundance as a byproduct during liquefaction and fractional distillation in the making of oxygen gas.

Gases transform to liquids by being compressed and cooled, and the correlation between pressure and temperature on this transformation is intrinsic to each gas. If the temperature exceeds a given temperature inherent in the gas (critical temperature), the gas cannot be liquefied no matter how much pressure is applied. Therefore, the gases which have extremely low critical temperatures are difficult to transform into liquid. To liquefy these gases,the phenomenon [ Joule-Thomson Effect ] is used.

Superinsulation system is a method of insulation in which copper shielding plates set inside a high vacuum chamber are cooled by evaporating helium gas and the multi-layered plates can reduce radiation heat influx. This system is also designed to prevent heat influx by alternately wrapping an inner bath in multiple layers of insulating materials, such as aluminized Mylars and Washi, traditional Japanese handmade papers.

Due to its extremely low temperature of vapored gas released when operating valve, skin contact with the gas can readily cause cryogenic burns. Also direct touch to the metal components immersed in a cryogenic liquid can be at risk of freezing moisture on the skin rapidly and resulting in sticking the skin to the metals.

Do not use cotton gloves because erupted liquid can seep through the cotton fibers.

Do not leave the site handling liquefied gases

The liquid spill can damage the area at times breaking the glasses and floor surface.

Make sure that you will not suffer oxygen deficiency when working in the poorly ventilated environment.

Secure venting holes for the gas

Generally cryonic liquids expand their volumes rapidly when they vaporize. (Actually, the volume increases 700-fold for 4He and 644-fold for N2 (ratio in volume between gas and liquid at 0 ℃ and 1 atm).) Therefore the storage container must not be left in a tightly sealed state.